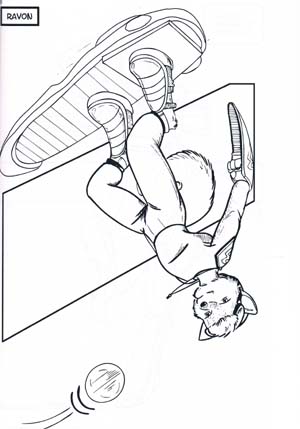 Their methods of transportation are usually based off repelling from a planets natural gravity, so they usually have flying cars/hover type vehicles and space ships/shuttles. They can use gates to get from one part of the galaxy to another very quickly, but none of the ships are personally outfitted with a gate device.

The prevalence of metals with Variable gravity properties has led to the early discovery of Anti-Grav.

Travel from Mars to Earth - Cyantia Ship style, is about six hours one way.

From Cyantia to Earth using ship gates, about 12 to 24 hours depending on the gate and taking note of the fact that they gate from the opposite side of the Sun at a safe distance so that they won't 'disturb' Earth's scientists. This hides the energy anomalies that would be picked up to an extent.

Now, using an actual gate that is for people, it takes mere seconds to walk from Cyantia to Earth, same from Earth to Mars. The only reason they don't make use of these is that they're for transporting SMALL bits of matter, individuals and stuff.

This category has the following 4 subcategories, out of 4 total.