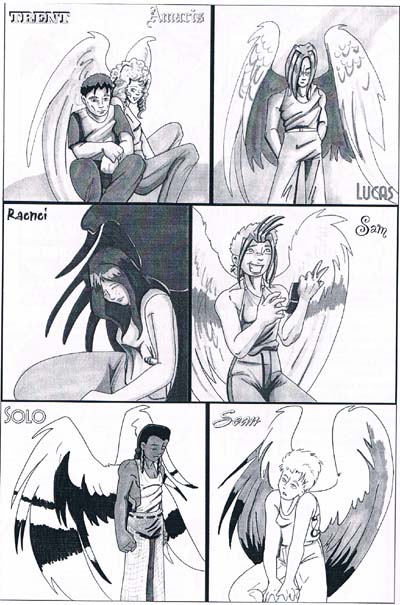 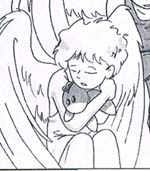 Project America was supposed to create super heroes. They were established and funded by upper levels of the US government and military, and kept a secret even from the Men in Black (the facilities that created Sean and co while under governmental control and influence were not releasing information to anyone but military personel up to the President). The AMIB, while knowing the majority of what's going on, were not privy to this information until Desert Storm, when a team of the USA Projects finest were sent to take out Saddam Hussein. They failed miserably and the AMIB became aware of the potential threat they posed as the nature of their powers came to light. The project was officially disbanded and the AMIB was given permission to 'dispose' of them as they saw fit while the US government kept them detained until it could be done.

The projects were created using unauthorized alien technology obtained from a crash site at Roswell. There were two ships - one was Greys (Cil), the other non-Greys were something else and silicon based. The silicon chips they removed from the brains of the non-Greys during dissection were revealed to be able to integrate with any living tissue and change it. (No Angel, strip 7) The first experiments were disasters, but they discovered the chips responded better depending on both the where and when of placement, and that fetuses responded best. They implanted the chips in fetuses under the guise of free medical care for those wanting children. (No Angel, strip 8)

The known winged humans: Stephen (although his fell off at birth so he was returned to his parents instead of kept in the project; they have recently grown back), Sean, Amaris, Lucas, Raenei, Solo, and Millie (although her current whereabouts were unknown after she blew up a lab to drive off molesters)

The wings aren't actually for lift, just movement. They work on a principle similar to the Shivae, although they can't lighten themselves, they merely repel themselves against gravity. They do have a limit in how high they can go though.

Before the explosion, there were many of them taught in schools. After the explosion, they were kept chained for a year in the dark, before being moved to new facilities to learn the law, living from sundown to sunup. They came to be supervised by Trent.

The technology was destroyed... as were most of those involved with it... but that's another story.

Keep in mind that Dallas and the rest of them are almost all indirectly or directly related to the same program that created Sean. They're either kids of the originals or the last set, most are kids and a LOT younger than they look.

Many of the children have escaped; some have been rescued by Cyantians.

The AMIB has been hunting those who escaped from the project, and while the AMIB tried to catch their prey alive, their methods could injure normal people easily. All of the Project America subjects had more stamina, endurance and strength than any average human. They could take more punishment and had an excellent ability to recover quickly,.. in most cases.