This nerdy Human-obsessed Ocelot would end up developing a huge crush on Marcus, much to his dismay and that of her roommates. She would repeatedly stalk him and even swipe some of his things (at one point, she falls asleep in class because she would be up all night stalking him). Upon overhearing Jules badmouth him, (Cesilee's Diary, strip 19) she hacks the computer security networks and gets Khaelis to be her escort since he was someone she didn't get along with. (Cesilee's Diary, strip 21)

Would later ambush Twinky, burying her face in his tail, fascinated by the fact he looked like a Skunk but smelled human. Phoenix would end up dragging her away. (Campus Safari, strip 671) 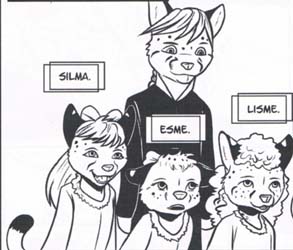 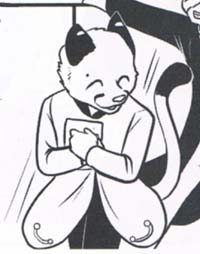 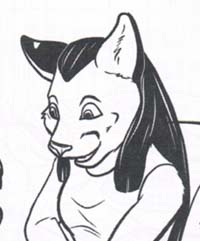