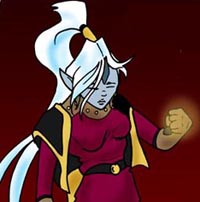 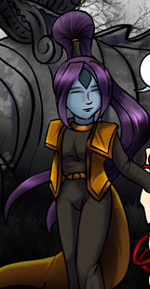 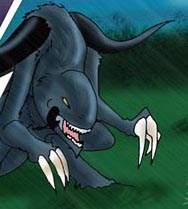 Riane was a fellow Dice player that was captured and now the prize possession of Biste. (AD Day 9, strip 1) She was forced to fight against Lexx, a battle she didn't wish to be part of, especially since she didn't want Lexx to fall into Trasik's hands, so she held back as much as she could and communicated with him using the relay to tell him her abilities and that Biste cheated. (AD Day 9, strip 4) Biste used a control ring to suppress her mentality and allow the Dice code to take over, forcing her to go further in battle than she would on her own. During the battle she slipped and impaled herself on a broken trunk, then died (possibly keeping her Nanites from healing her to insure it), but not before thanking him over the relay, (AD Day 9, strip 17) and infusing him with her memories using the Rishan technique of Soul Echo. (AD Day 9, strip 18)

She in part envied Lexx for still being free, feeling she was just a toy to her captors. She'd been traded back and forth, and none of her masters treated her well, either ignoring or abusing her. (AD Day 9, strip 4)

At the time of her final battle, she was level 8 - with the sides fly, illusion, plasma, strength, wind, far sight, speed, and change. (AD Day 9, strip 4) 'Change' allowed her to transform into a beast. (AD Day 9, strip 6)

She would later appear in the background of Lexx's mind confronting the distorted genetic memory that had been plaguing him, warning 'him' that she would be watching his behavior. (AD day 20, strip 151)

She has also had contact with Stealth in Lexx's mind, though currently keeps herself deep in the recesses of his mind and far from his reach. (AD Day 20, strip 153)

When the Architects were correcting Lexx's coding, she would be pulled out of hiding. They were unsure whether the process would also remove Soul Echoes or not. (AD Day 25, strip 93) She remained.

In Legacy her Soul Echo would sort out Lexx's genetic memories, and is presenting them to Lexx, whether he remembers or not, because she doesn't want to die without making her mark on the universe, one way or another. (Legacy, strip 6)