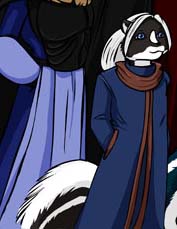 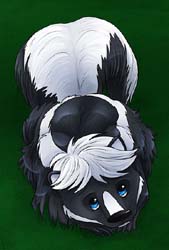 He was found in the wilderness and adopted by a couple. It was clear from the onset that he was not a normal child in that he was unusually hairy and believed to have hypertrichosis (extreme hairiness). His hair would also grow abnormally fast and had to be cut daily. More to the point, he also had a skunk tail that he had to hide and hated going out in public to get clothes fitted.

All throughout his school years, he was the victim of bullying and was glad to have finally graduated. Then in college, he met Velour. She soon took a shine to him and he noticed this. She took him back to her dorm room and forced him to reveal his skunk tail to her. Then she revealed to him that she was a Werecreature and so was he. To prove this, she turned into a Wereferret before him and taught him how to control his form through simple concentration. Twinky tried this and was amazed to find that his hairiness suddenly vanished. They ended up becoming intimate that night. From that point on, she held an invisible leash upon him.

On the way to the Mars Academy, they would be captured by Parot and he would be with Chatin and Cilke when they were prisoner. Twinky would prove to be instrumental in their escape. (Campus Safari, strip 148)

Afterwards Zimae would have him in an intense crash course on Technomagery, involving understanding and controlling his abilities, that left him with not even enough time to say 'hi' to Chatin. He would try to make up for it by asking her out to a concert. (Campus Safari, strip 665) 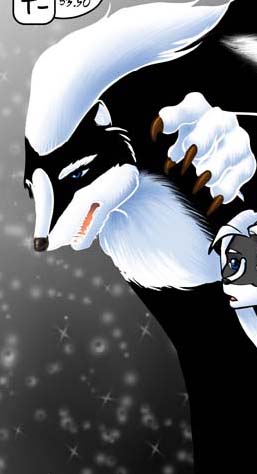